Leaning in to my mum-gut after years of body disappointment 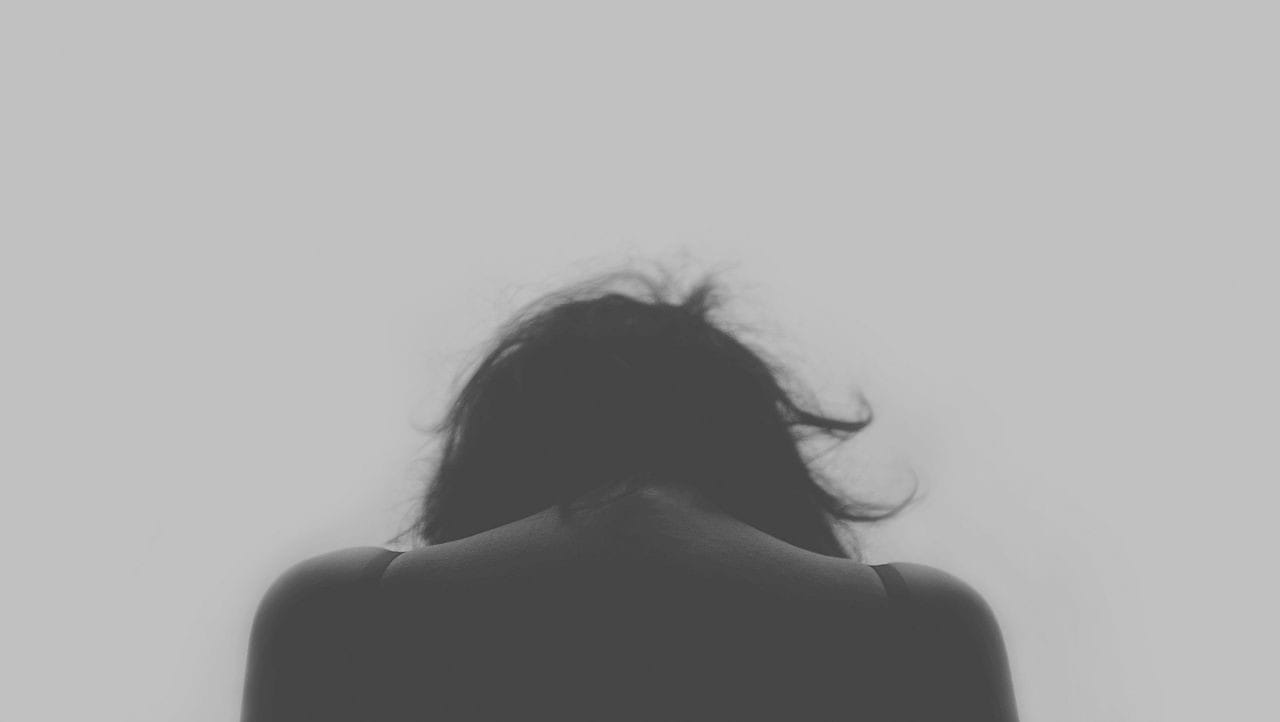 "Most of the women I know could roughly guess the nutritional content of any food you put in front of them, because we’ve being conditioned by the media and peer-pressure to be walking calorie counters." Robyn Wilder on body image...

It is a sunny day in 2016, and my small son and I are in the park, romping among the daisies and buttercups. Suddenly, someone calls my name – it’s a woman I know from toddler group, waving and smiling and picking her way across the grass with her own little girl.

I fly into a panic. Not knowing what to do, I signal at her in desperate, exaggerated movements, pointing at my watch, mugging, shrugging, doing the universal sign for “call me”, and miming running away. Then I do just that: pick up my protesting toddler, and sprint off in the opposite direction.

Do I have somewhere to be? No. Is the woman unpleasant? No. So why am I running? Because my face is make-up free, I’m not wearing Spanx or underwire, and somehow the thought of her seeing me up close with my smudged glasses on, and  C-section paunch swinging freely in the wind genuinely fills me with alarm.

This is not the behaviour of someone with brilliant body-image.

I don’t think I’ve ever had good body image. I once had a full-blown argument with a university friend because they’d taken a video of someone they were insisting was me; I argued that it couldn’t have been me, because – I quote – ”that person is slim”. For the record, it was me. I was a size 10 at the time.

In fact, over the course of my adult life I’ve been every dress size between 6 and 16, and it feels as though I’ve consistently spent 70% of my brain power trying to get back into a size 6 through faddy diets and just general self-criticism.

My basic assumption has always been that I’m “unacceptably fat”; my weight has always been pinned firmly to my self-esteem, and I conflated being thin with being socially acceptable. I once lost weight due to a long illness, but felt great about myself because I was thin. Another time, a stranger wolf-whistled at me in the street and told me I had “a good body”, I felt relief.

I almost certainly had an eating disorder, but I never sought help for it. Partly because I already had been diagnosed with anxiety and depression, and couldn’t face “bringing another disorder to the mix”, but also because… well, can it really be a disorder if everyone around you has it?

Being “thin” – not healthy or strong; specifically “thin” – was the wrong-headed obsession of every girl I knew growing up. Even today most of the women I know could roughly guess the nutritional content of any food you put in front of them, because we’ve being conditioned by the media and peer-pressure to be walking calorie counters.

Which is why eating cake feels so defiant sometimes. And why diet plans sell, of course; because after the defiance fades, we have all that intense, post-cake guilt.

The first turning point in my thinking came when I was talking to my grandmother, then in her nineties; a sweet and strong woman who had lived in three different continents, served in the navy, and at one point owned her own cheetah. And yet her biggest regret was so small and petty in comparison: “I wish I’d known how beautiful I was when I was beautiful.”

The next came while I was following the ketogenic plan – initially one of my weight-loss fads – I realised that being in ketosis (a metabolic state where your body burns its own fat) made me energetic and clear-headed. It was the first time I valued how I felt over how I looked.

Which made me realise how ingrained the diet mentality was in me. I’ve never, for instance, chosen a piece of clothing because I liked it – but for how well it “hides” the bits of myself I find most unacceptable. Even now, in my forties, I’m relearning simple concepts like which foods are wholesome and tasty and good for a growing family – rather than the two extremes of “food that will help you get thin” and “food to eat when you’re rebelling”.

Finally, it was the drip-feed of body-positivity over social media: unapologetic women – all with wildly differing body-types from what I would consider “acceptable” for myself – being stylish all over my social feed.

And the fact that I wasn’t critical – but admiring – of them, brought into focus the fact that I set myself unrealistic standards I wouldn’t dream of applying to anyone else. If my best friend gained weight I wouldn’t make her turn down social events until she “slimmed down”. And I wouldn’t consider suggesting to my husband that he pumps his face full of collagen in order to maintain my interest. But these are things I have considered, despairingly, for myself.

I tend to buy clothes in the sales, because I’ve told myself it’s not worth buying anything “nice” until I hit my goal weight. But I’ve been doing that for 20 years now, and my weight’s yo-yoed, which means I have around five different sizes of clothes in my wardrobe. Meanwhile, here are these gorgeous women of all sizes and shapes parading around on Instagram wearing whatever the hell they like, and looking brilliant for it.

It was time to have a word with myself.

It’s a sunny day in 2019 – the first really warm day of the year – and I’m in the garden with my two sons, as they play with bubbles and generally splash soapy water all over the shop. My next-door neighbour leans over the fence and starts a conversation with me.

At first I want to run away, because I’m not looking my best. I have (curly!) grey hairs springing up all over the place, and an ever bigger C-section pouch following the birth of my second son. Also, I’m not wearing a bra.

But maybe because I’m enjoying the sun on my face, or because I haven’t slept properly for four years and that bit of my brain has broken, but I just sort of lean into it. I can’t be that terrifying to look at; my neighbour’s still talking to me. And smiling.

In fact, she’s smiling at me rather pointedly. And looking at my belly, and smiling at me again. I realise that I keep smoothing my palm over my puffed-out C-section pouch in a gesture I haven’t managed to let go since pregnancy. She thinks I’m pregnant, it eventually clicks; she’s waiting for me to say something.

Past-me would have been mortified at this. Past me would have run indoors and written up a new diet plan. Current me, I must admit, isn’t thrilled. I’d much rather be thin.

But on the other hand, I wonder, I should try doing this tummy-rubbing trick next time I get on the Tube. Maybe I’ll get a seat. 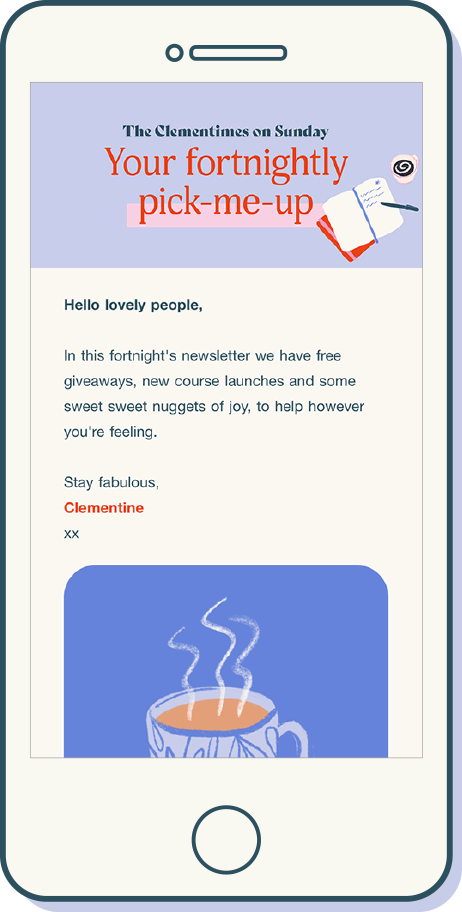